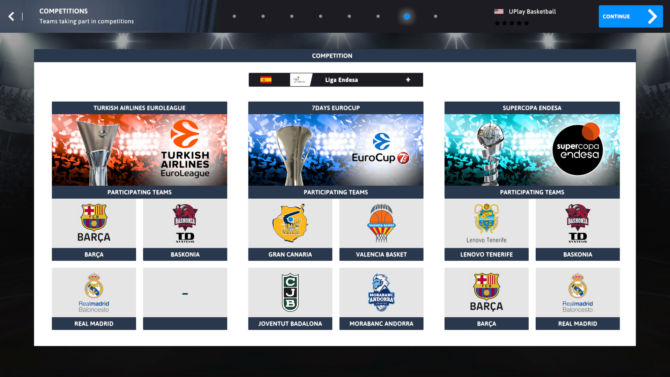 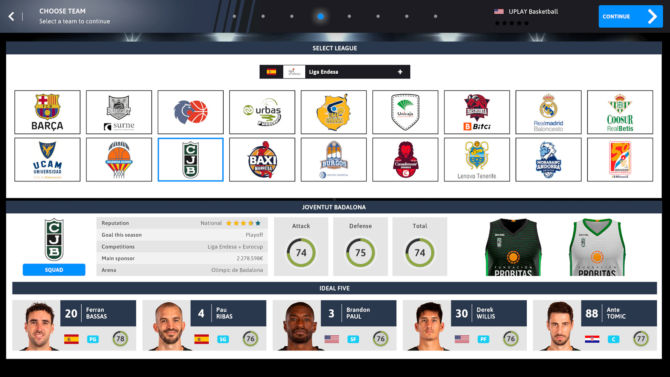 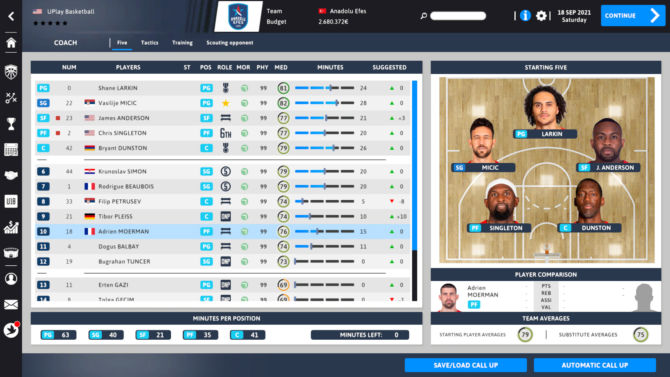 Become the best basketball coach of the moment with International Basketball Manager 2022. Take your team to the pinnacle of the sport by managing all its day-to-day affairs with the seemingly endless array of management tools that the game offers you. Your team’s results will depend on you. Can you handle the pressure?

The new International Basketball Manager 2022 has been developed from scratch. The game’s interface and all its screens have been totally redesigned, making day-to-day management of your team far more realistic.

You will have 20 leagues from different countries at your fingertips, a total of over 330 teams and up to 5,000 players, allowing you to demonstrate your skills in managing a team at any level.

The two most important European competitions, the Turkish Airlines EuroLeague and the 7Days EuroCup, both have an official presence in the game. Other licenses as acb and FEB (Spain), LNB (France), HEBA (Greece), BSL (Turkey), BNXT League (Belgium/Netherlands) and LNB (Chile) will also have official presence within the game.

2D mode: Follow the game minute-by-minute and take control of your players in real time, making tactical changes and assigning specific plays to a player. You will be able to follow all the incidents that occur during a match through text messages and through “badges” that allow you to see your players’ movements in offense and defense on court.

Result mode: Follow the match scoreboard at the end of each quarter. Consult the final match statistics and analyze your team’s strengths and weaknesses.

Coach intervention: Regardless of whether you play in 2D or result mode, you can decide to intervene in the key plays during the match. The action will stop at key moments during the match and you will have to make a decision as a coach. You are losing by two points and you have the last possession of the match. Do you decide to take the match into overtime or go for the win with a three-pointer? Which player is going to take the shot? You decide the level you want to assume as team coach.