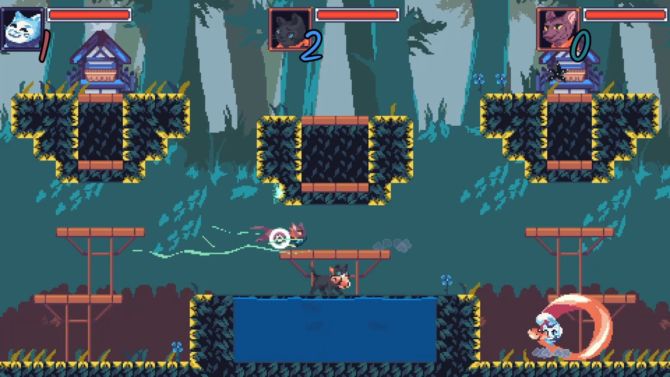 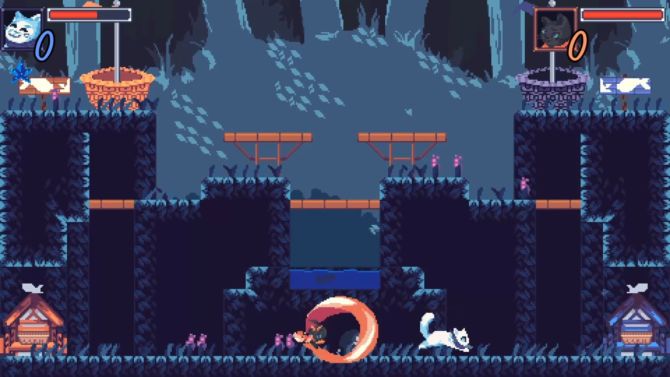 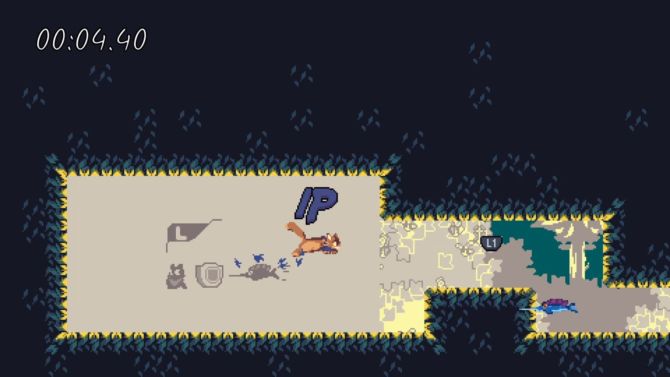 Kakatte Koi Yo! is a platform fighter where cats battle with powerful fish. With the use of Japanese theming and the irresistible adorableness of cats, KKY creates a fun, fast-paced, competitive co-op game. Players can fight in 1v1 or 2v2 matches where they have three ways to win the round!

Instantly win the round by blowing your opponent’s shrine to smithereens with the bomb. Cats are small, and the bomb is big and heavy, don’t forget to grab a fish before trying to move it!

Dunk, snipe, and swish your favorite fish into your basket to earn a point, getting you one step closer to sweet victory.

If you are less of a strategist and more of a fighter, forget the other objectives and take your opponent head-on. Drain your opponent’s health to ring them out and gain a point. (If you get to the point cap from ring outs and scored fish, you win!)

Test and hone your skills in the single-player training mode where you compete against the clock to earn the golden koi.