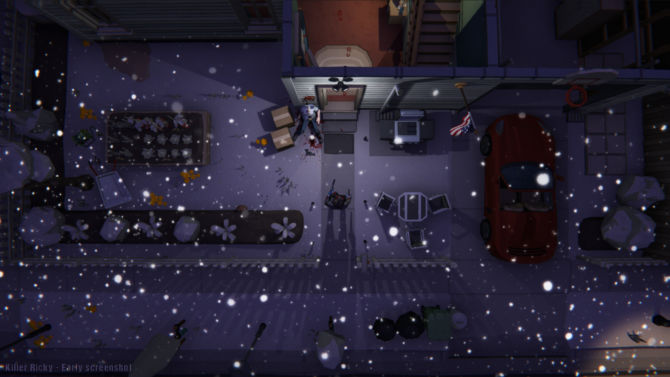 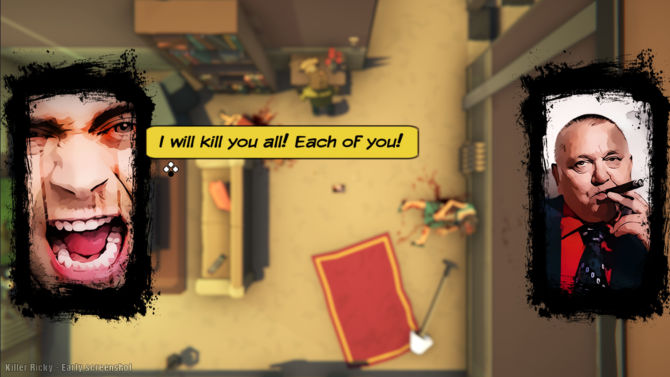 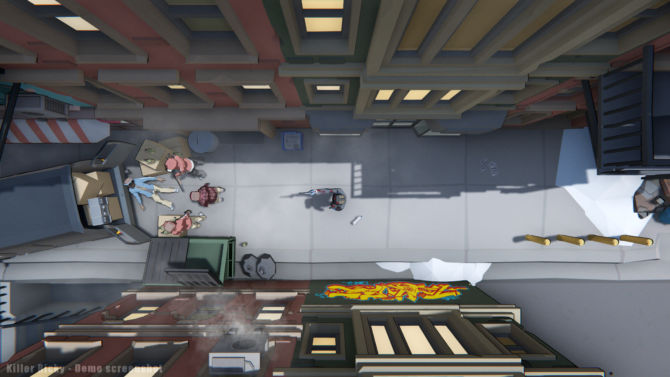 Killer Ricky is a shooter action game in which you play as a man whose family has been murdered by a mafia organization. And he wants revenge.

To achieve this, you have at your disposal an innovative gameplay in which you can independently wield the two arms of your hero to shoot in all directions!

.Play with both arms:

– Thanks to a well thought out gameplay you can very naturally shoot in all directions with full control of both your arms!

– Experience a rich, precise and rewarding simulation! Adapt to situations endlessly renewed! You will progress naturally at the same time as Killer Ricky by mastering a unique aiming system.

Dodging a single bullet is of course easy, but be careful to move around the space well and kill your enemies as fast as possible to avoid getting surrounded and riddled with bullets!

– Blood has benefited from a special treatment, it spurts, it stains, it runs along the walls and spreads on the floor.
After your passage there will be only blood and debris!

– A bullet hits a bottle? It bursts and pours its liquid. Library ? Books fall among the splinters of wood. The paintings fall, the TVs explode, the windows burst…
Absolutely all of the objects in the levels react to bullets, leaving behind incredible battlefields.

.Face an AI worthy of the name:

– AI will surprise you, your enemies will hunt you down, bypass you, use the scenery to trap you and even react to the noises you make!

– Kill one by one all the bosses of the mafia who murdered your family, by going up their pyramid organization.
But be careful, if the first will be surprised by your hatred and your determination, the last will be waiting for you heavily armed with an army to stop you!

– Thousands of sounds have been recorded, for each impact, each scream, each situation, providing a dynamic and super immersive environment!