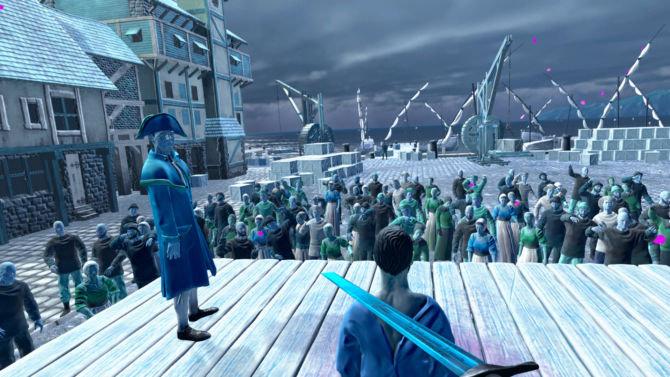 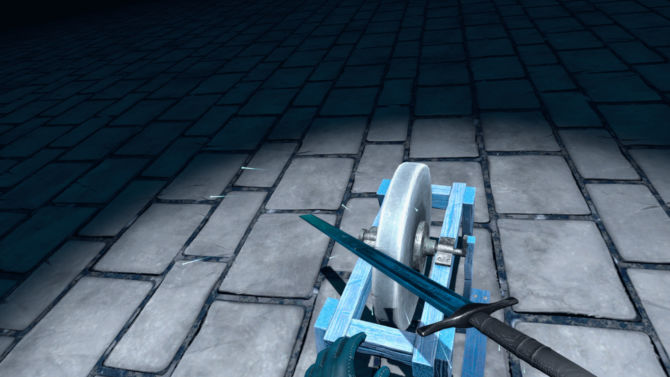 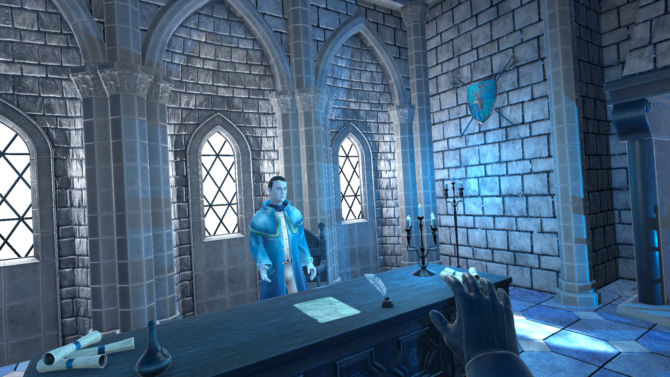 How would you respond if you were asked to carry out an order you disagreed with?

Designed to last around an hour, the player is cast as Executioner for Ulrichshafen, a fictional early-modern European city. On behalf of your Lords, you will punish those who break the laws of the realm, and be assessed on the competence of your performance over multiple scenarios.

Sentenced is a game about personal conscience and obedience to authority. It’s about obligation, institutionalized violence, and the power structures that dictate the behavior of individuals within a system.

Master the art of beheading, become an agent of authority, and enact a divine drama of justice, death, and redemption.

Sentenced was designed for Virtual Reality. Look convicts in eye and physically swing the sword that beheads them. In a traditional game, an act of violence is reduced to a button press, and enemies are often dehumanized. This will not be the case in Sentenced.

A crowd gathers, eagerly awaiting the grizzly spectacle of public execution. The town Beadle announces the crimes and sentence of the poor sinner, allowing them to say a few final words. Do they ask for divine forgiveness, or are they unrepentant? It then falls to the player, the executioner, to perform the bloody climax in this drama of sin and redemption.