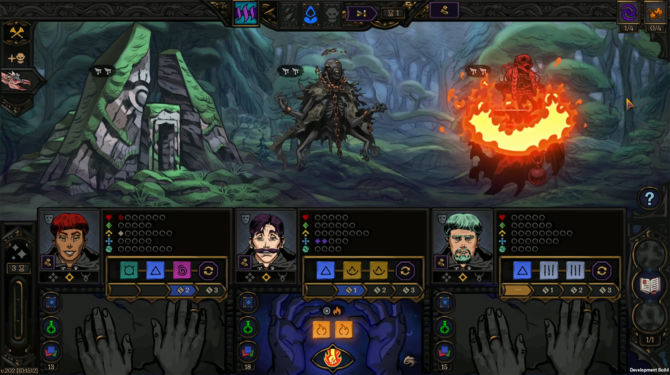 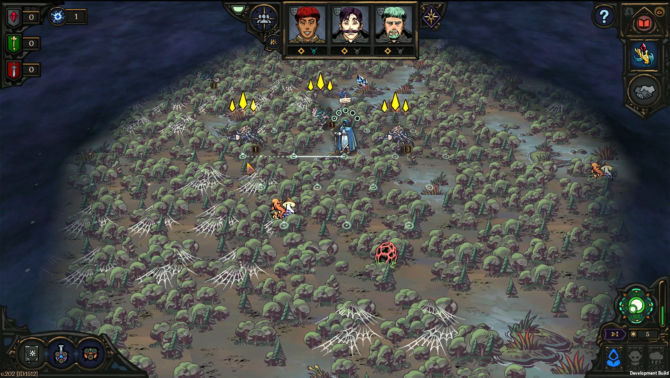 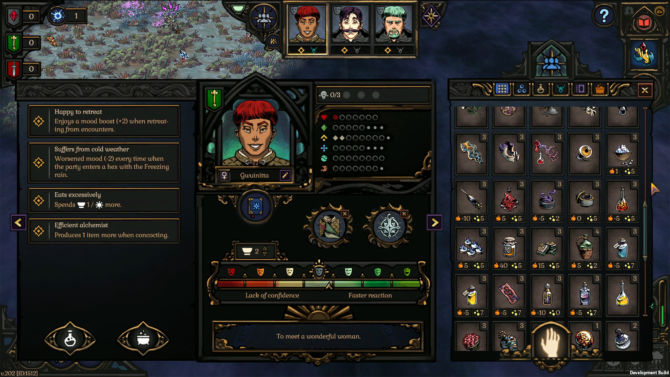 Spire of Sorcery as a turn-based party RPG where you use spellcasting, alchemy and a bit of equipment to explore the world full of dangerous encounters. Engage with creatures from the realms of life, death and chaos to help the sentient citadel mend the broken world!

The world is larger than just one play-through and every challenge has alternative solutions. Try and succeed – or adjust and replay!

On the western cost of Rund stretches the Empire, the last known shard of human civilisation. The Emperor controls the lords, and the lords exploit the rest of the population that is already hardened by the unfriendly nature. To the east of the Empire, across the Great River, begin the Wild Lands. Once civilised, they are now home to predators, ghosts and demons. Further to the south-east lie the lands of the non-human tribes: Dismal Marshes, Elderwood, Blue Mountains, Deceiving Plains… all ripe with resources. And further yet are the Distorted Lands: the source of Chaos, and a cause of growing concern among the non-humans.

Occasionally, a person with the magic talent is born on Rund. This invisible power is feared by the established order of the Empire, for little is known about the potential of a trained mage. The Inquisition, a force of its own that reports to no state official, roams the cities and villages, sniffing out the use of magic that they label as corruption. Packed into the Sanctuaries for the Corrupted, under the watchful eye the suspected mages are made to work for the good of the Empire. The general population supports the policy – for magic is an unknown, and on Rund, you avoid dealing with the unknown.

Deep in the Wild Lands, at the feet of the Blue Mountains, rests the Spire of Sorcery: a sentient citadel that spent centuries in slumber. Maybe it was a place of sacrifice, maybe it was a moving castle, maybe both. It’s a dark legend from the past, just like the Rusted Forest and the Sea of Bones. Yet one day, the Spire awakens – threatened by the Distorted Lands that begin to encroach on their surroundings, as well as by the amassing of imperial legions intent on marching east to plunder the settlements of the non-humans. Fresh from its slumber, the Spire sends a Call that reverberates across Rund, reaching the mages that are confined by the Inquisition. Among the mages who answer the call and attempt to escape, three manage to cross the Big River, and here the story of the Spire of Sorcery really begins…